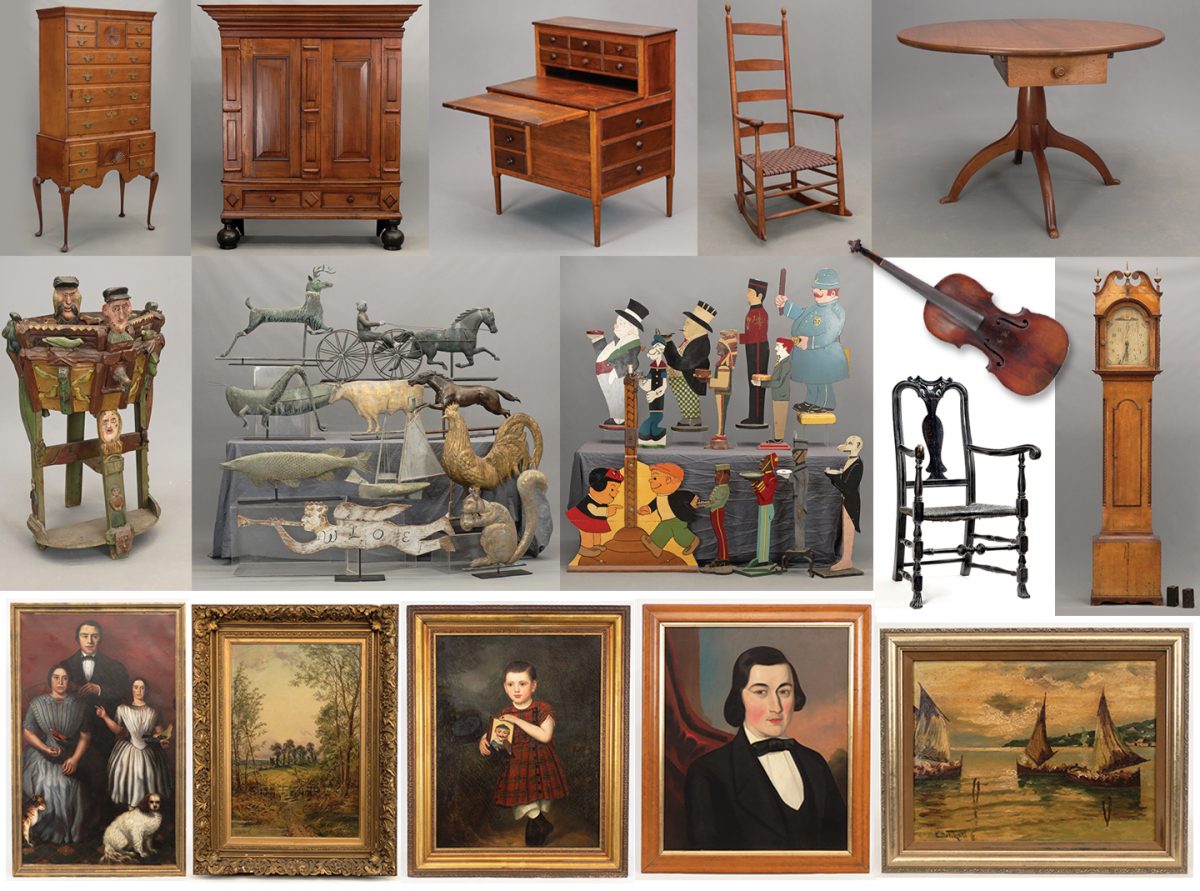 This is our premiere Americana Auction of the year featuring the UNRESERVED lifetime collection of Richard Kyllo and Linda Cunningham Shaker Collection. (plus selected additions)

*Please note NEW terms go into effect for this sale: 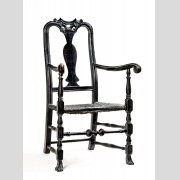 LOT 29.
Important 18th c. Boston, Massachusetts or Portsmouth, New Hampshire maple armchair. C. 1730-1750. Pictured and described in "American Furniture" (edited by Luke Beckerdite). page 150, figure 22, described as "An Armchair, possibly made in Boston, may represent another potential prototype for Portsmouth Gaines chairs (fig. 22). This beautifully conceived and executed chair, with a tight, highly detailed crest, appears to be at first glance to be a Gaines chair. On sustained examination, its turnings and carving differ substantially. The toes are applied, and the arms do not have the exaggerated volutes seen in Gaines chairs. Furthermore the carving of the crest does not seem to relate to leafage executed by John Gaines III or by his possible carving subcontractor, Joseph Davis of Portsmouth". (Trent, Gronning and Anderson,"American Furniture" (edited by Luke Beckerdite). 17" seat Ht, 41 1/2" overall Ht.. Offered without reserve. Provenance: Richard Kyllo Collection New Jersey.
Estimate: $75,000-100,000
Sold Price: $5,850 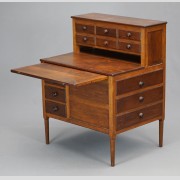 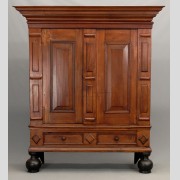 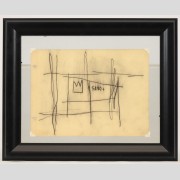 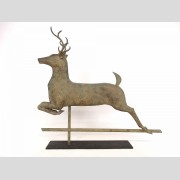 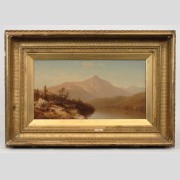 LOT 10.
We received direct info from Carey at Vose Galleries, they received the painting from a Casenovia N.Y. collection in 1972, the painting was attributed to Casilear, the grandfather and father at Vose reattributed it to Sanford Gifford and then sold it as a Gifford to the collector we received it from. Attributed to Sanford Robinson Gifford (Mass./N.Y. 1823-1880), "Mountain Lake", oil on canvas. Vose Galleries Boston Mass. info reverse. 9 1/2" x 17 1/2". Unsigned. Sold by Vose Galleries as a Gifford. Sold unreserved as is.
Estimate: $2,000-3,000
Sold Price: $35,100 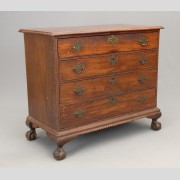 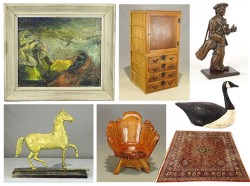 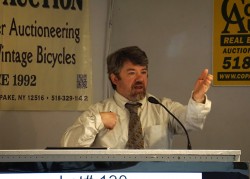 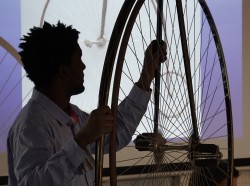