Browse our News section for pre/post sale articles and more! 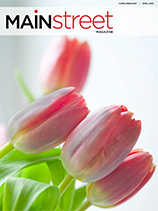 Main Street Magazine
Interview with Mike Fallon featuring history of the auction and how the bicycle auctions started. PDF Link

Bicycling Magazine
6 Page article featuring Copake Auction, brief history of the auction and a photo spread of happy customers with their new items from the 2005 auction.

“Considered the most important bicycle sale in the country and the longest running event of it’s type, this auction has helped put the little town of Copake in Southern Columbia County on the map.”

“People come from as far away as the Netherlands and Australia to attend the specialized flea market and auction, the only regular series of it’s kind in the United States.”

“Once a year Fallon stages the premier auction of antique and classic bicycles and bicycle paraphernalia in the United States- an auction that draws bids and bidders from around the globe.”

“The appeal of old bikes clearly transcends age, education, or continent. In Copake, a local car mechanic, a New Jersey business executive, and a Japanese student were among those tentatively raising their index-card paddles to signal bids.” 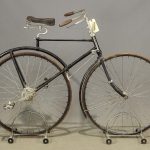