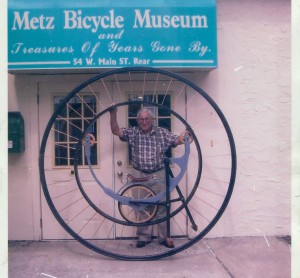 Copake Auction will hold its 23rd annual Antique and Classic bicycle auction on Saturday April 12th at 9 am (note early starting time). This year’s sale will be their largest auction to date with over 900 lots. The sale features The David Metz Museum Collection from Freehold N.J., the last group of items from The Pedaling History Museum in Buffalo N.Y., a small museum from Arizona plus selected additions. Widely known in the International cycling community, Mr. Metz was a passionate collector, founding Wheelmen and brought joy to all who visited his Metz Bicycle Museum which housed one of the finest collections in the world. The weekend kicks off Friday April 11th with a swap meet in the meadow behind Copake Auction. The swap meet runs from dawn until dusk, is free to the public ($25 vendor fee) and will feature vendors selling bicycles and bicycle related items. The auction gathers enthusiasts from all over the globe, last year the gallery had bidders in house from 29 different states and several countries. Friday afternoon will feature a presentation by noted Wheelmen Cary Williams on the history of Velocipes, after which there will be a 10 mile bicycle ride through beautiful scenic Copake countryside. The ride is open to any cyclist and will include Wheelmen on high wheel and other early bicycles.

The auction is also packed with quality collectables from both museums including hundreds of head badges, over 100 bicycle oil and carbide lamps, over 150 early bicycle catalogs, 50 steins including Mettlachs, over 70 bells, over 300 pinbacks & medals, 100’s of photographs, books, parts, accessories and posters. 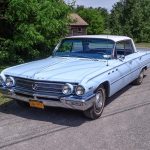